Derbyshire Women have qualified for the County T20 Play Off Finals Day on Sunday 8th May and they will play Yorkshire in their Semi Final at 11am.

The Finals Day will be held at Northern Cricket Club in Crosby, Liverpool, the venue where they started their journey back on 18th April where they beat North Reps by 20 runs in their first game. Derbyshire scored 106 for 8 before restricting the Reps side to 86 for 6, with Emma Thatcher taking 3 for 16.

In their second game they ran eventual group winners, Lancashire, very close but lost in the last over,  Derbyshire posting 135 for 7 with a 6th wicket stand of 83 between Kathryn Bryce (79no) and Lara Shaw 20. Lancashire passing the total with 2 balls to spare. 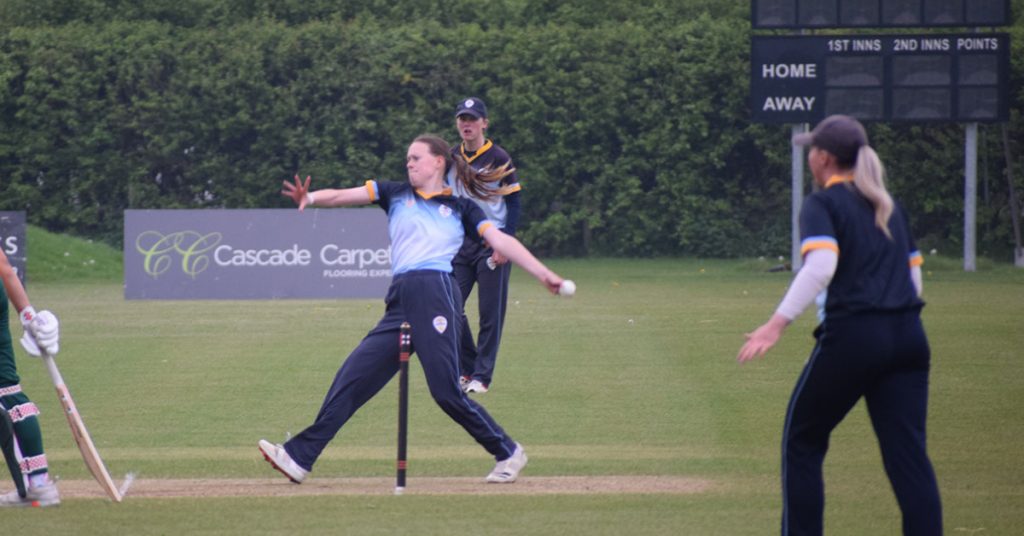 We travelled to Yorkshire on 24th April for the second round of games where a strong batting display saw Derbyshire post an impressive 183 for 2 off their 20 overs with notable performances from Beth Harmer (70), Kathryn Bryce (53no) and Adrianna Darlow (34no). Despite suffering an injury to opening bat, Tash Allen, a tight bowling display saw Derbyshire victorious by 49 runs with Jess Thatcher taking 23 for 34.

In the second game we suffered a heavy 10 wicket defeat to North East Warriors when Derbyshire only posted a total of 83 for 6 where the only notable performance was a fourth wicket stand of 68 between Adrianna Darlow (38no) and Lara Shaw (26).

The third round of games were held at Welbeck Cricket Club on Monday 2nd May and a win in our opening game by 14 runs against Cumbria gave us a great chance of qualifying for the Play Off Finals. A disappointing batting display meant that Derbyshire were bowled out for a meagre 83 but thankfully a tight bowling display saw Cumbria restricted to 69 for 8 with Harriett Parkin taking 3 for 5.

Nottinghamshire, needing a win themselves to secure a Play Off place, posted a respectable 123 for 5 in the second game with Emma Thatcher taking 2 for 11 off her 4 overs. Derbyshire then slumped to 90 for 8 off their 20 over with the top scorer being debutant Jess Smithurst (29), resulting in a 33 run defeat. 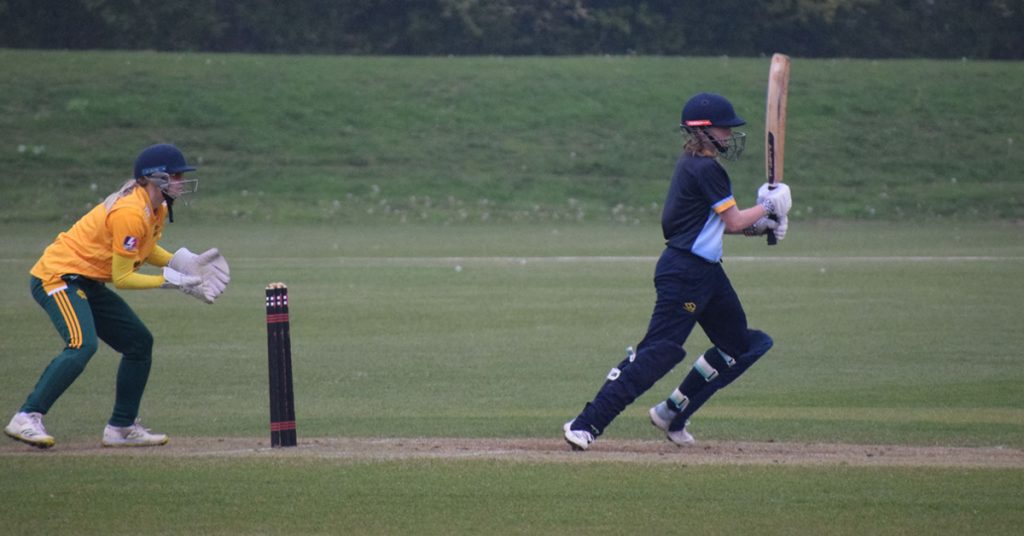 The final table shows Derbyshire qualifying for the Play-Off Finals Day in third place and another trip up North back to where their journey started.

Best of luck to everyone involved on Sunday. 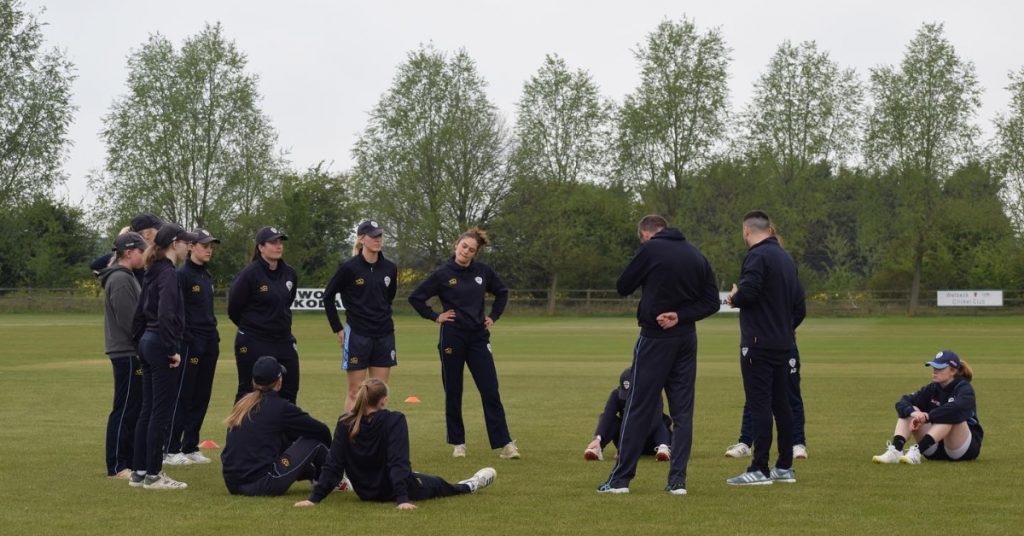