Derbyshire County Cricket Club, founded in 1870, is one of 18 first-class county clubs which make up the England and Wales domestic cricket structure.

The Club was formed on 4 November 1870 at a meeting in the Guildhall, Derby, by Club Secretary, who had campaigned for the Club’s foundation for three years, Walter Boden.

“I propose that a cricket club be formed that represents the whole county and that it shall be called The Derbyshire County Cricket Club.”

Horse racing takes place for the first time on the Derby Racecourse, giving rise to the cricket ground being known as The Racecourse Ground in the future.

Derbyshire CCC was founded by Walter Boden at a meeting in the Guidlhall in Derby.

Derbyshire's first ever match, against Lancashire at Old Trafford 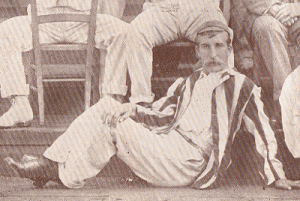 Derbyshire win the County Championship under the captaincy of Arthur Richardson 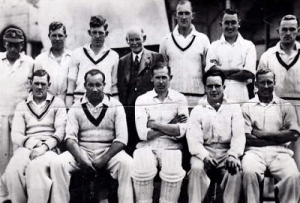 Crowds in excess of 10,000 attend each day of the tourist match at Derby against the Australian ‘Invincibles’ 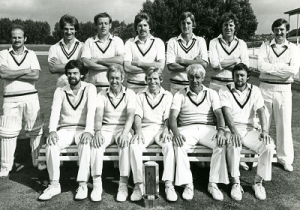 Derbyshire defeat Essex at Derby to secure the Refuge Assurance Sunday League title under the captaincy of Kim Barnett in front of 11,000 spectators 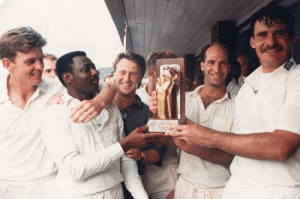 Derbyshire defeat Lancashire in the Benson and Hedges Final at Lord’s under the captaincy of Kim Barnett. Dominic Cork wins the Gold Award for his unbeaten 92 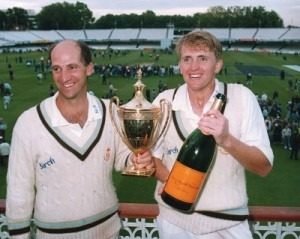 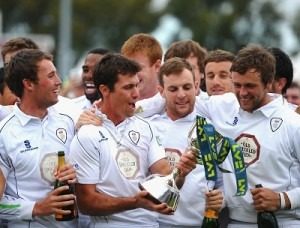