A brand-new league formed from the East/West split of the old Women’s Midlands League. The reason behind this was to increase the number of women’s club sides playing regular, competitive cricket by improving the locality of the league.

Unlike the old WML, the EMWCL wanted to provide a softball league offer as well as a hardball offer. This made it the first-ever independent league to offer women’s softball cricket! The league offered friendly matches only this year as a result of a very small season due to the pandemic. However, the offer was very well received by clubs and the league very much looks forward to offering its first full, competitive season in 2021.

Next year 16 teams from 13 Derbyshire clubs will be competing in the league! We look forward to more teams joining the league in the future!

Having recently had its AGM the league finalised its structure that can be seen here: 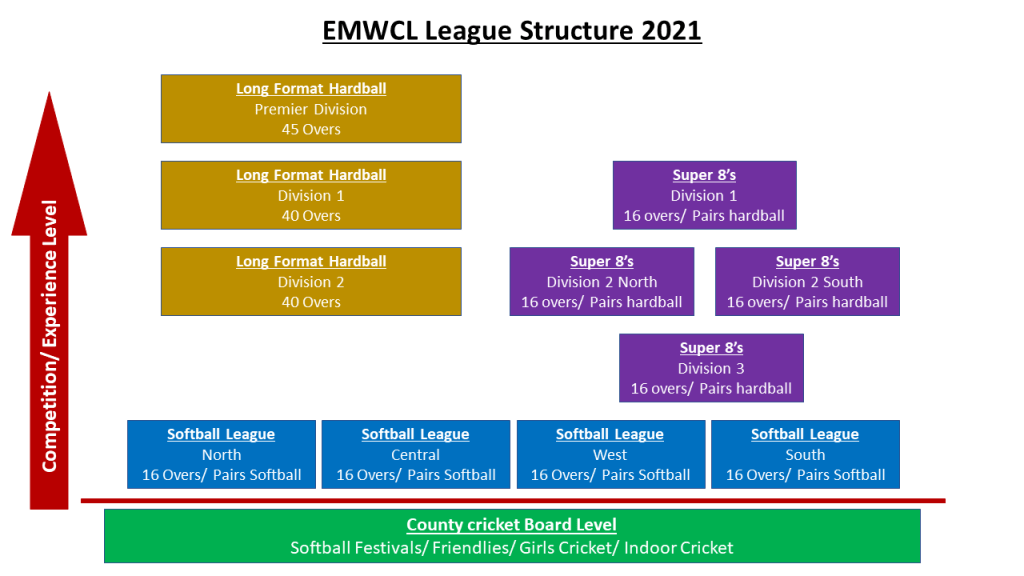 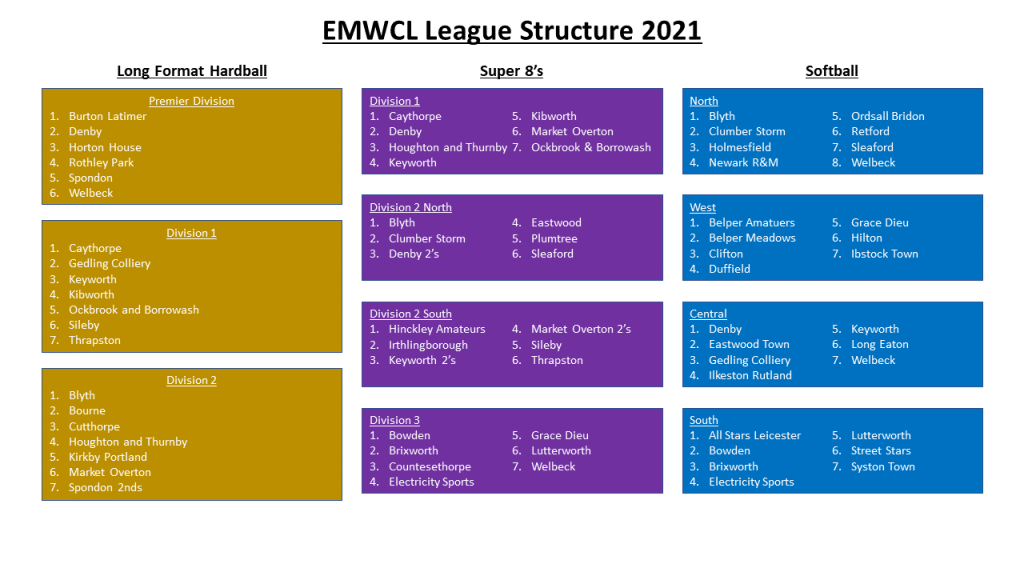