After a good win against Leicestershire, the U11s girls were in a confident mood as we arrived at sunny, picturesque Milford Hall CC to take on Staffordshire U11s.

In a repeat of last year’s fixture, we agreed to play 30 overs a side standard rules except for not re-bowling wides/no-balls and awarding 2 runs instead. Captain Ruby Swan won the toss and chose to bat. A combination of excellent batting and running, a fast outfield, and some indifferent fielding allowed us to get off to a great start amassing 145/2 at the drinks/coaching break after 15 overs. Penny Tanner lead the way with a skillful 71, playing some lovely shots all around the wicket including 12 boundaries. This is the highest recorded individual total by a Derbyshire U11 girl ever and she was only finally beaten by a direct hit run-out. Penny shared a nice 2nd wicket partnership of 83 with Phoebe Blurton who made 25 from 23 balls and a 4th wicket partnership of 62 with HanaMae Carr who made 12 from 19 balls. An unbeaten 7th wicket stand of 60 between Ava Ford (35) and Flo Taylor (18) took the team to the impressive score of 219/6 after 30 overs. 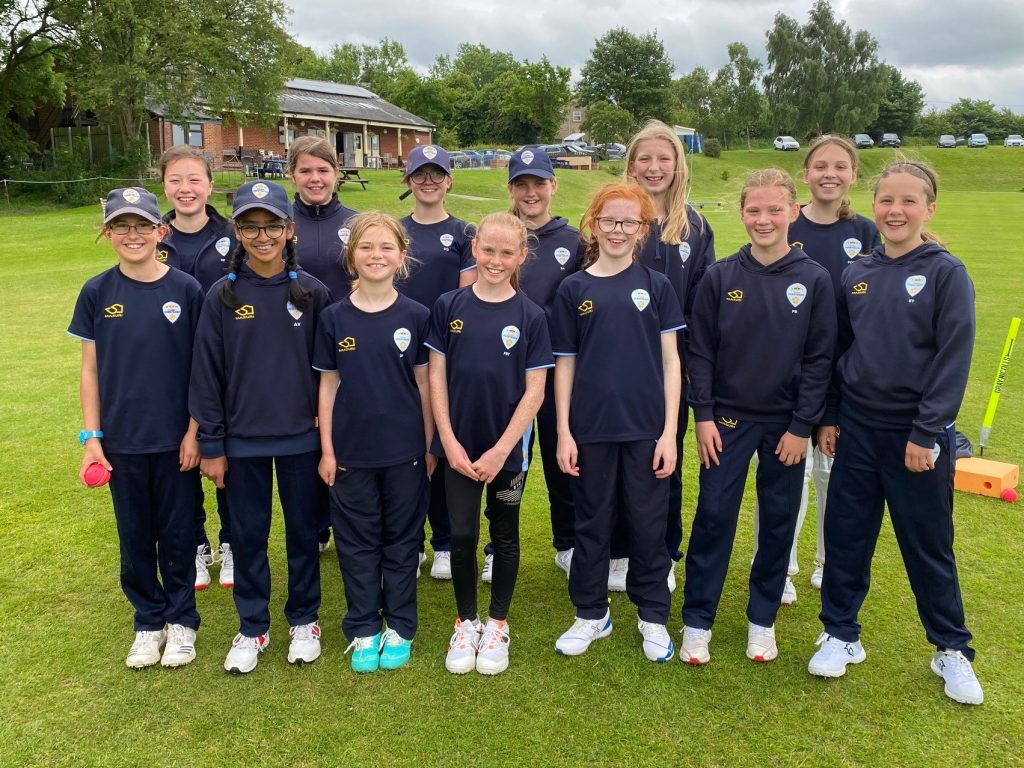 After the lunch break, the Staffordshire team took to the field to begin their run chase. Wickets began to tumble in the second over with Anika Verma bowling the Staffs opener, and HanaMae Carr bowling their number 3 in the third over. An excellent piece of fielding by Teagan Gill dismissed the other opener with a direct hit run out. The remaining wickets were shared amongst the rest of the team, with everyone bowling economically and no one bowling more than 2 overs. Fielding was good again this game for the most part with some excellent saves on the boundary. Kyrie-Anna Shelton and Ava Ford both took good catches and Penny Tanner and Poppy Ward shared the wicket keeping. Staffordshire were all out for 73 after 18.2 overs. In our team talk after the game, lots of positives were shared and for improvement, the team decided that they will work on their backing up to prevent over-throws and keeping the energy levels high, and “walking-in” throughout the fielding innings.

An overall excellent team performance by the girls leaves us looking forward to next Thursday where we take on Yorkshire U11 at Cutthorpe CC.