An extract from our Constitution encapsulates the purpose of the club:

“The objectives of the Derbyshire Disabled Cricket Club are to promote the health and social well being of persons who are disabled in Derbyshire and its surrounding area by bringing such persons into contact with the sport of Cricket.”

The club is aimed at individuals of any gender with either a physical or learning disability in Derbyshire and the surrounding area. In October 2009 it set up a team for blind and Visually Impaired cricketers which due to the diverse needs of this group subsequently evolved to a separate successful club which it maintains close links with.

There is a wide age-range in our playing squad, the youngest member being 16 and the most senior player over 60. There are no age restrictions on membership of DDCC. The club however do adhere to current ECB guidelines regarding the involvement of junior players in open age cricket. Our experience is that junior players are normally best accommodated in local clubs with similar ages, however we will provide opportunities for any age if requested.

The club is run entirely by volunteers and as a separate entity from Derbyshire County Board with its own constitution and safeguarding policies. These include a Children and Vulnerable Adult Protection Policy and an Equal Opportunity Statement. There is a strong Management Committee which encourages participation equally between disabled and non-disabled people.

The patrons of the club are Paul Aldred and Mick Glenn, both former Derbyshire CCC cricketers and George Dutton one of the original founder members who has had to retire from playing.

The home ground of the club is provided through Darley Abbey CC, Derby. The fact of a home club is tremendously important to the development of DDCC, as both a focal point for members and a foundation from which to provide facilities. The players, families and volunteers have been welcomed by the committee, officials and members of Darley Abbey. There is regular contact between the two clubs, for example, the Treasurer of DDCC is also a member of the Pavilion committee of Darley Abbey C.C.

Derbyshire Disabled C.C. currently runs 2 teams: the Merlins and the Falcons and has a current squad of 35 for the 2019 season. At the time of formation in 2005, only 2 players had any experience of playing in organised cricket matches. Over successive seasons, as well as the current squad, over 30 further players have experienced cricket with the club, taking the total number of players involved to near 60. 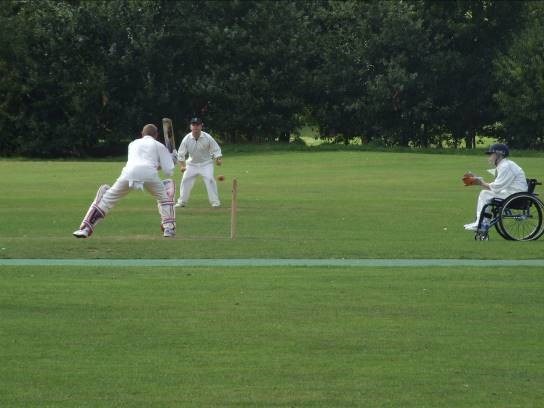 Currently both teams play in the Super 9s national cricket competition organised by the ECB using an incrediball. This is a softer ball than the usual hardball and is used widely in disability cricket to encourage safety.

The Merlins team aim to compete at the highest possible performance level and have recently been national champions twice. It is the aim of the club that the Merlins team will ultimately end up playing hard ball cricket in the ECB D40 national competition once a large enough squad is secured.

The Falcons team was formed in 2015 and are the development team for DDCC. This team is a mix of experienced players and players with less or no experience. This team also competes in the national Super 9s. The aim of this team is both to play competitive cricket and achieve personal development targets.

The teams play either in the Midlands or Northern leagues and feature competitive games against a mix of Warwickshire, Shropshire, Staffordshire, Yorkshire, Cheshire and Lancashire and games are played on a Sunday afternoon. 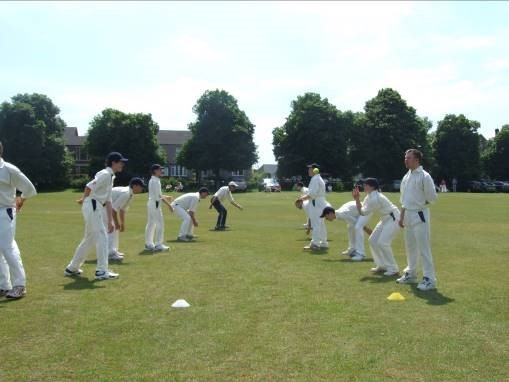 In the winter, the club runs 10 weeks of indoor coaching.

Outdoor training begins in the middle of April. Both teams train at Darley Abbey CC between 6 -7.30 pm, each Tuesday evening, weather permitting.

The club consists entirely of volunteer coaches. The Head Coach is an ECB Level 2 coach and there is currently one other UKCC Level 2 coach, both of whom DDCC has been able to provide the opportunity to complete their coaching courses. The remaining coaches are UK Coaching Certificate Level 1 coaching assistants, again supported through funding the club has obtained. The club provides opportunities for those that wish to do so to progress to further qualifications. As part of both the ECB and UKCC courses, the coaches receive First Aid and Child Protection training. In addition, DDCC also provides the coaches the opportunity to attend Disability Awareness coaching courses.

Volunteers have participated in scorer’s courses run by the Association of Cricket Officials. All of the volunteers, whether coaches or scorers, have a current CRB check in place.

We have also been involved in delivering training sessions at Chesterfield, Nutbrook, and Mansfield. We have delivered coaching sessions in partnership with Derbyshire Cricket Foundation, Derby City Council, Derby College and other charity and voluntary organisations providing sporting opportunities for disabled people.

The Wider Community and Social Inclusion 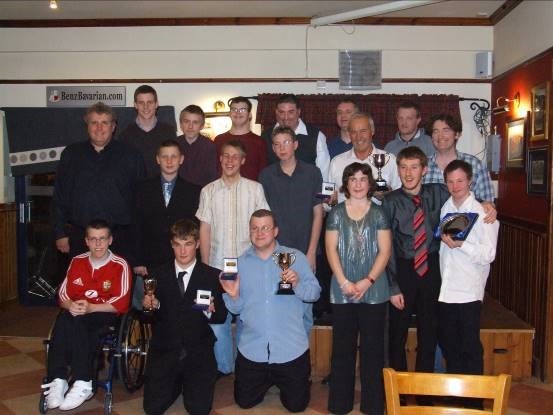 An important part of the function of Derbyshire Disabled Cricket Club is raising the profile of disability sport with particular emphasis on cricket. To that end, the club is establishing itself as part of the cricket community. In addition to the strong links with Darley Abbey C.C. We have been hosted for our matches by Denby C.C., Alvaston & Boulton C.C., Nutbrook C.C. and Melbourne Town C.C. Contact has also been made with other cricket clubs in Derbyshire with a view to them hosting a fixture or assisting us in player development. This is a key part of our development strategy.

Social events are an important part of the Club. We have an Annual Awards evening in October, where the achievements of the season are celebrated. Awards are given for the Best Batting and Bowling Averages in the League fixtures, one for the most improved player and one for the ‘personality’ of the year.

The club also hosts a Christmas Dinner for the players and their families which is enjoyed by all who attend.

DDCC has received publicity via BBC Radio Derby with the Chairman and Treasurer being interviewed live ‘on-air’. There have been several articles on the Club in the Derby Evening Telegraph. An article appeared in the Matlock Mercury about one of players who lives in Matlock after he won an award at our awards evening. Information on the club is circulated to all the local media outlets.

The club has also been nominated as a finalist in the Derby Telegraph sports awards in 2016 and 2018.

To further raise awareness of DDCC in the wider community, various committee members have also ‘manned’ an information stand at Derbyshire County Cricket Club games. There has also been a DDCC stand at the European Disabled People’s Day at the Eagle Centre Indoor Market in Derby.

Members of the Management Committee of DDCC have also played a role in wider cricket and sport related forums in Derbyshire and the East Midlands.

Fixtures for the 2020 season can be found HERE!

Information can be found on the Derbyshire Disabled Cricket Club website: