The games are coming thick and fast now for the development squad and next up was Cheshire at Langley Mill CC. 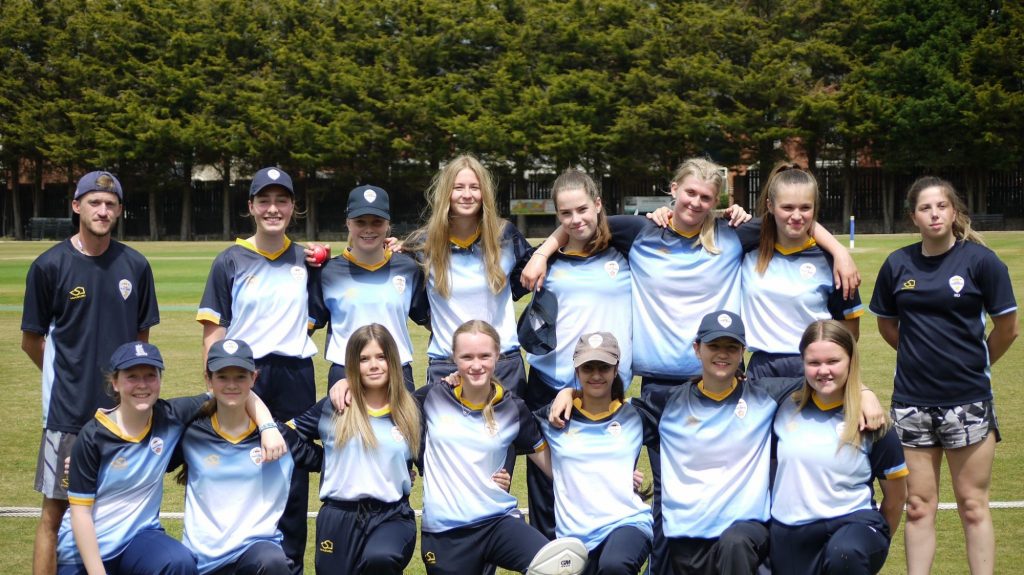 Head groundsman Mick Parr doing a brilliant job producing a track that had a bit on offer for both bowler and bat. In a 35 over a side contest, the Derbyshire skipper won the toss and chose to bowl first.

May Brown and Savannah Howard-Hull shared the new ball together once again and it was Brown that was causing havoc to the Cheshire batters early up. She reduced the visitors to 17-3, bowling two and another leg before wicket. 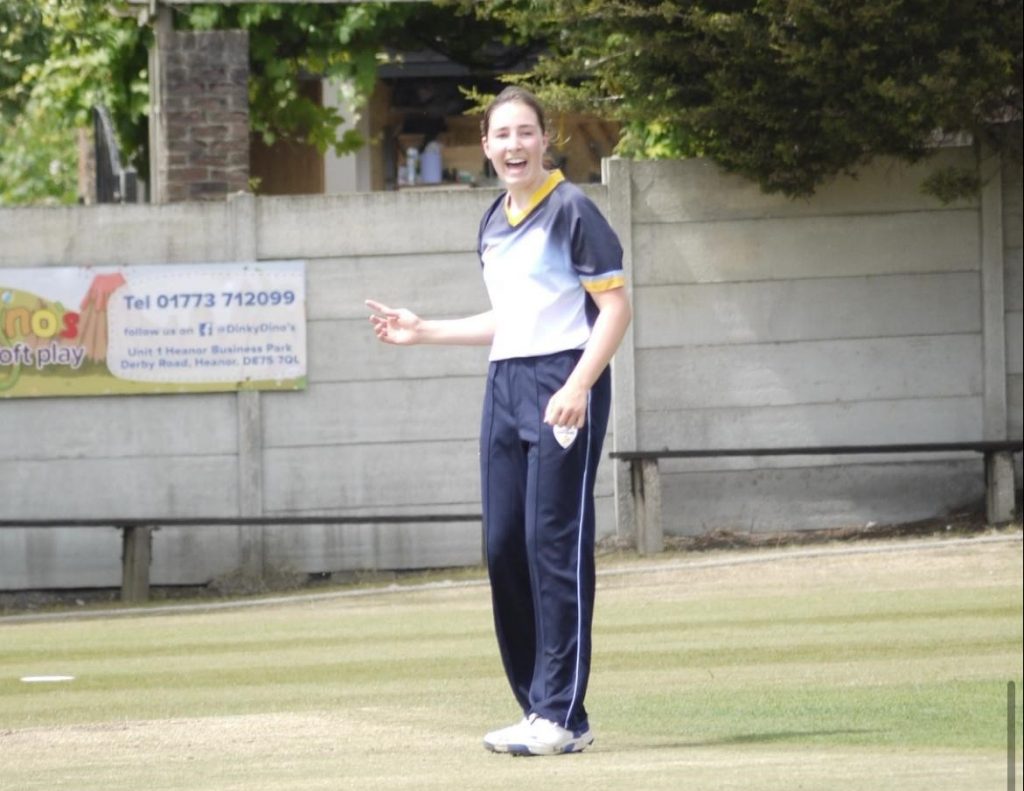 A recovery partnership led by Emilia Sedgwick for Cheshire took the score to 64-3 but the introduction of Abi Jordan put an end to it, bowling Sia Singia and then Sedgwick caught by Charlotte Bacon.

Jordan bowled well throughout taking 4-23 but it was Alex Hartermink who made an unbeaten 50 that pushed Cheshire to their final total of 158. Grace Smith and Howard-Hull taking the final 3 wickets between them as Derbyshire bowled their opponents out before the allotted overs.

A brilliant effort in the field by Derbyshire and a discipline that the team are really strong in. The hard work during the winter is really paying off and is clear for all to see.

Chasing 159 to win the game, the Derbyshire openers Charlotte Bacon and Daisy Carter were interrupted by the weather three times and they were not allowed to settle. Carter falling to Mollie Smith, bowled, and Bacon, just about getting into her stride, lbw to the Cheshire spinner Ellie Saive.

This was when the game saw a simply magnificent innings from Derbyshire’s number 3, Kady Fuller. An innings of controlled aggression, punishing the bad balls and hitting 10 boundaries on the way to making her maiden half century. 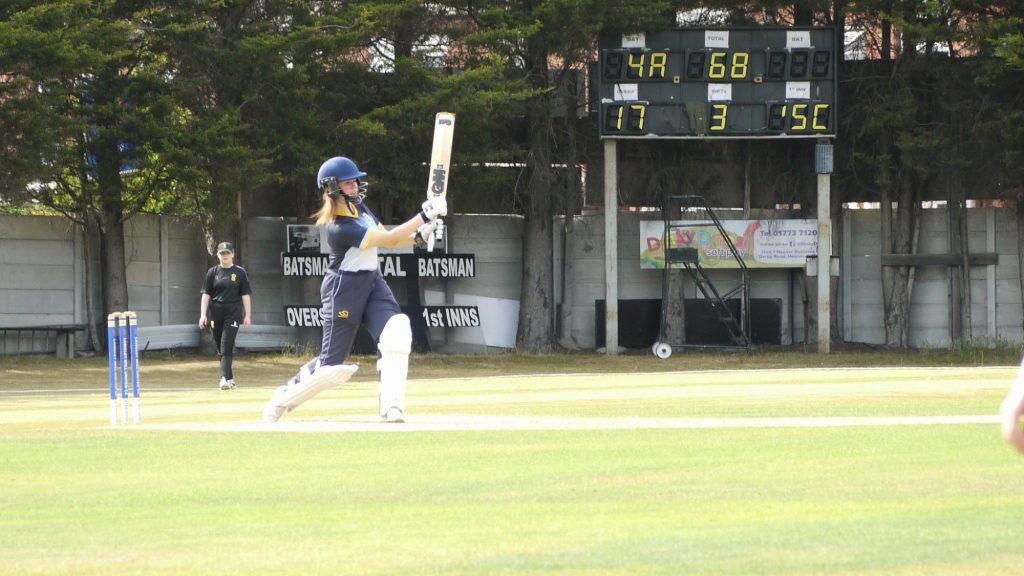 Fuller was ably assisted by Poppy Phillips who provided the perfect foil. A 47 run partnership before Phillips was bowled trying to work one to the leg side. Fuller soon followed, 52 off 71 balls and then Grace Smith also fell cheaply.

With the team in a spot of bother again it was Zoe Boucherat who did her upmost to keep the innings ticking along. A career best of 31, including 5 boundaries, before being dismissed, left the team needing 39 off 6 overs with 3 wickets in hand.

The Cheshire bowlers made it really difficult for the batters despite Rachel Parr’s best efforts in search of the boundary. Savannah Howard-Hull went looking for the boundary but was bowled trying to hit one across the line.

With two overs left it was down to Parr and Lauren Trubee to try and knock off 26 but it was a tough ask finishing 14 runs short.

A much-improved effort with the bat from the previous games against Yorkshire but still more work to be done to get the team over the finishing line.

Despite the result, the day belonged to Kady Fuller for her maiden half-century. A day that she will no doubt always remember!

Next up is the sides first away fixture against same opponents, Cheshire. A game where the squad have the belief of showing even more improvement and winning the game.